The engine used in the Nissan Datsun 240Z is a 2.4 liter twelve-valve SOHC inline-six designed and built by Nissan. Originally the engine was to be from Yamaha, but Nissan was not pleased with the Yamaha engine. The engine model designated name is the L24 engine. The L signifies it as Nissan’s L-series engine platform. The 24 refers to the engine displacement being 2.4 liters. The L24 engine used a non-cross flow design cylinder head. This meant that both the intake and exhaust ports were on the same side of the engine cylinder head. The engine came equipped with twin single barrel Hitachi SU type carburetors. With this, the engine produced 151 hp at 5,600 rpm and 146 lb-ft of torque at 4,400 rpm. There were two different cylinder head models used on 240Z throughout production. The first was the E31 cylinder which was available on only the 1970 year model 240Z. The second was the E88 head that was used for the rest of production from the 1971 to 1973 model years. The carburetors were also changed in later years to meet emission standards of the time. A turbocharged engine is one of the commonly sought for options on the sports cars. To learn more about this option, please check out the section at the bottom of this article. 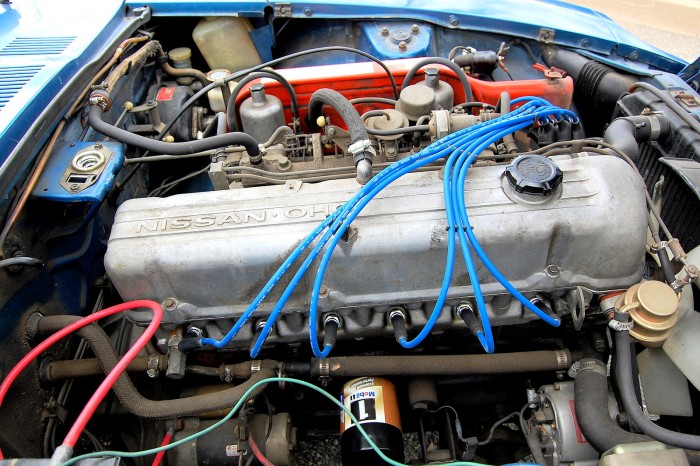 Above image of the Nissan Datsun 240Z Engine (L24) by David Aughinbaugh II and NavFile. Please feel free to share the image with proper attribution. 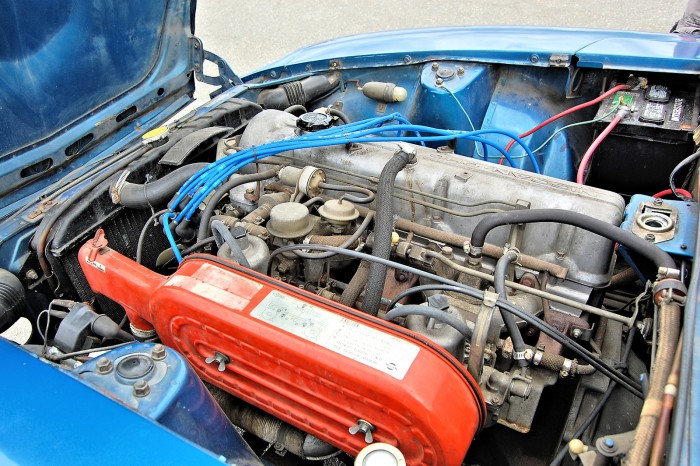 Above image of the Datsun 240Z (L24) engine from the air filer / factory air box side by David Aughinbaugh II and NavFile. Please feel free to share the image with proper attribution.

The Datsun 240Z never shipped with a turbocharged engine. The 1981 Nissan 280ZX had the option of a turbocharged L28 engine. This engine can be easily swapped into a 240Z. There were a few companies that used to offer turbo kits for the 240Z. So it is possible to find a used kit for a 240Z.